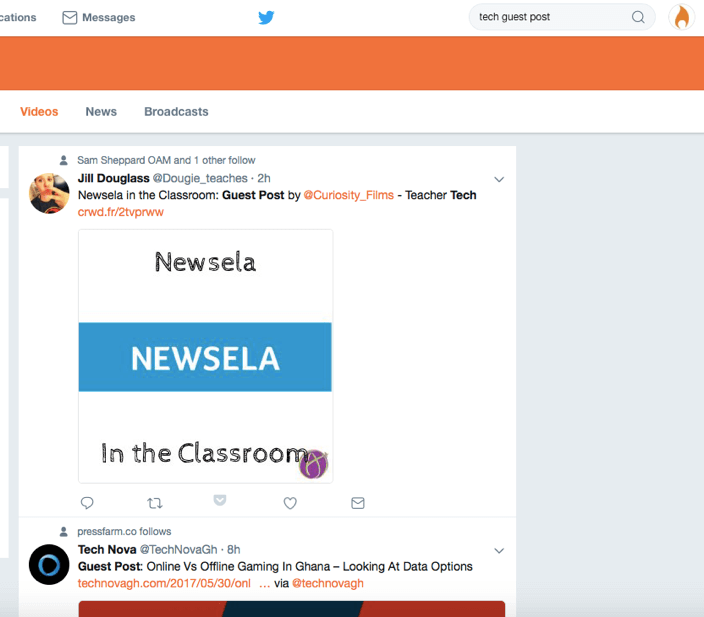 If you’re jumping through hoops trying to get attention from social media and blog posts, you may be missing out on a powerful way to connect one-on-one with influencers and get a “yes.”

According to research collected by HubSpot, 78% of decision makers polled have taken an appointment or attended an event that resulted from an email or cold call. Simply sending a few well-researched and thoughtful emails could get you a “yes” in your inbox before the day is over.

But don’t just take it from us: these five people captured influencer attention and scored multi-million dollar investments, launched startups and got acquired all through the power of cold emailing. Here are the strategies they used.

Twenty-five year old Adam Lyons was a college dropout who recently completed an intensive start-up accelerator for his insurance rate comparison company, The Zebra. With an industry-disrupting idea and some progress under his belt, he decided to go big and cold email his investor idol, Mark Cuban, with an email titled, “Wanna disrupt the insurance industry?” Lyons didn’t waste any time and got right to the point about how The Zebra worked.

The result? Cuban wrote back within 20 minutes and the two started exchanging emails about the startup. Lyons ended up getting Cuban on board as an investor. He’s raised over $21 million and has more than 70 employees.

Why Cold Email Worked: Mark Cuban has publicly said one of his greatest productivity hacks is saying yes to email and no to meetings – so he was open to receiving cold emails from the start. Lyons wanted to grab Cuban’s attention right away, and used an engaging email subject line. He also got right to the point, and most importantly, he took a big risk. He admitted he was surprised Cuban responded at all, but was inspired by his success and figured he had nothing to lose by trying.

Years before job and internship marketplace WayUp took shape, its founder Liz Wessel used cold email to help make a tough decision on what job to take after graduating from college. She cold emailed her idol, venture capitalist Roelof Botha, on whether she should take a job at Google or a venture capital firm. He told her to choose Google, and the rest is history.

Wessel still relies heavily on cold email, and encourages her staff to do the same. When she and co-founder JJ Fliegelman started their company, they only had a combined 4 years of work experience between them, and often couldn’t answer their own staff’s questions. Wessel told staff to cold email experts who would have the answers to help them figure things out.

She still advises her team, “‘Be a master at your craft, but know you’re not the master.’ So, I always encourage my team to cold email the actual masters in their respective fields.”

Why Cold Email Worked: Wessel sees cold email as a way to find answers to difficult questions from those who have been there before. In her case, she’s not using email as a way to promote her business. Instead, she’s appealing to others’ expertise for business insights. She values and respects their feedback and uses it to help guide decisions. This also probably helps to stroke the egos of those she’s asking for advice from. As the saying goes, flattery will get you everywhere.

3. Ask for Something That’s Hard to Say ‘No’ To – Katia Beauchamp

Birchbox co-founder Katia Beauchamp loves cold email, and used it to ask Steve Jobs for the same deal IBM was giving Harvard Business students on laptops, before she became a student there. Within 24 hours, he responded and gave her a deal on a first-edition Macbook Air. “It definitely taught me the power of asking,” she says, “but also how important it is in the approach.”

Beauchamp again relied on cold emails to get her startup Birchbox off the ground. She and co-founder Hayley Barna had no tech or beauty experience, and they were repeatedly turned down by investors who said they lacked experience and that their concept just wouldn’t catch on.

Undeterred, Beauchamp relied on cold email to contact just about every CEO in the beauty industry to help the duo build key partnerships with big brands. Like Adam Lyons, Beauchamp also used a compelling subject line – “Reimagining beauty retail online” – to grab recipients’ attention and get right to the point.

Beauchamp advises, “Ask for something that’s pretty hard to say ‘no’ to.” Instead of asking the CEOs for big favors or free products, she asked, “Do you have five minutes to give me advice?” Once Beauchamp had big brands on board to contribute to Birchbox, investors followed. Cold email ultimately helped Birchbox raise $86 million in venture capital. Why cold email worked: Beauchamp essentially reversed-engineered the startup process through the power of cold email. Knowing investors wouldn’t say “no” if big brands were already on board, she landed partnerships with beauty companies to help build Birchbox. She kept her emails short and to the point, and trusted in the power of cold email to generate responses. Lazić relies on a combination of techniques, including deep research on the people she’s emailing, and keeping emails short, personable and to the point. She’s also a big believer in follow-ups, accrediting them with 30% higher response rates than first emails. Lazić says it’s about persistence and familiarity: once someone has seen your name in their inbox once or twice, they start to recognize who you are. The timing of cold emails is also a factor. Lazić shares, “There’s so much data on email response rates vs. time they’re sent and still, somehow, I get cold emails at 6 p.m. on a Friday and just… cringe.” She advises double-checking the person’s timezone and scheduling an email to reach them mid-morning while they’re at work and focused. In Lazić’s case, she prefers 11 a.m. deliveries.

Why Cold Email Worked: Lazić needed high-quality, relevant referral links to help Toggl improve traffic and sign-ups. She knew exposing people to Toggl, offering to write high-quality guest posts and building relationships were the best way to do that. And because the strategy was focused around link building, she relied on cold emails to launch that conversation and get the “yes” she was looking for.

Just Reach Out founder Dmitry Dragilev is no stranger to using cold email to get press. His cold email techniques helped grow the visual poll startup Polar from zero to 40 million page views through press outreach. It was eventually acquired by Google in 2014. Dragilev has published over 1,400 articles and is a contributor for AListApart, Entrepreneur, TheNextWeb, TechCrunch and others. He used a combination of cold outreach, content marketing and PR to help generate $100,000 in revenue from his blog Criminally Prolific in 9 months.

One cold email technique Dragilev suggests is offering amazing value in your correspondence. Back when he was spreading the word about Polar, he created polls in advance, sent them along with an article and also showed recipients how they would look live.

In most cases, asking for too much too soon can backfire. But with something like a visual poll app, it made sense to show people exactly what it would look like. The polls Dragilev was sending were also highly relevant to the person he was sending them to – they were something the recipient could actually use.

Why Cold Email Worked: Dragilev sent highly targeted emails to blogs, companies and outlets that could instantly use the polls he created specifically for them. The tactic made it easy for people to say “yes” and instantly use the polls, which ultimately linked back to Polar. Dragilev kept his correspondence short and sweet, and in Polar’s case, it was easier to see what the poll was than to describe it.

You can collect tons of actionable takeaways from these cold email experts. These industry pros show that even with no contacts or experience, you can successfully launch empires and generate massive exposure through the power of cold email. Here’s a wrap-up of some of the takeaways you can start applying to your cold outreach right away:

At Mailshake, we also encourage our users to do their homework on who they’re cold emailing and warm people up by getting their attention on social media first. This step can also help you figure out a unique angle and go deep with the personalization of your email. And while mass email has its place, it’s not for a high-level ask. Slow down and be deliberate and personal with your communication.

How would you address your ultimate hero, favorite CEO of a billion dollar corporation or celebrity if you met them in person? Would you march up to them at a party and ask them to promote your company? Or would you warm them up first and think about how your product would benefit them in the first place?

Above all else, assume influencers, CEOs and investors are incredibly busy people, and simply opening your email eats up their time. So make it worth their while.